I saw a Termite 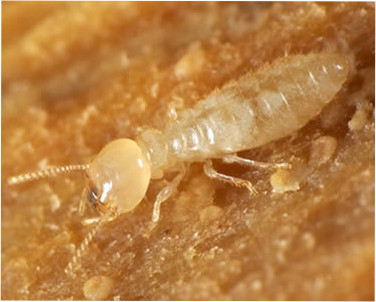 I saw a Termite

We were doing a home inspection in the Victoria Park & Danforth area, known termite territory.  Usually if a home has been treated for termites, the owner acknowledges this, the listing agent discloses the information in the listing details and it’s no big deal.  But in this case, there was no such disclosure, but the home inspector identified the drill holes along the driveway and in the basement.

So, I asked, did the owners have termites? No, was the answer, “they’ve never seen a termite”. Oh really? So we had Aetna Pest Control in to investigate a bit further.  YES, the house had been treated for termites.  In fact the sellers had removed the front porch, which was directly related to the termite problem.  Aetna did the treatment, and in fact it was good we were having them back, so they could check the cement foundation they recommended at the front of the house where the porch was, had been done, and the treatment was successful.

The inspector showed us the termite tracks that had been active in the basement, but no more.  Then we went to the backyard.  He explained that the termites are in the soil throughout the neighbourhood.  We walked around the big tree in the backyard, he spotted some termite tracks, opened them up and there  they were…….just eating away at the tree.  Well, now I assume they were eating, they are tiny, so I couldn’t exactly see them chewing, sort of like a little grain of rice, that moves a bit.

Which also brings up another important aspect of termite areas, don’t share plants from your garden if you know you’re in a termite area, and be careful if you take them from your friends.  You need to practice “safe gardening”, because you could actually move termites into your yard via the rose bush your friend is giving you.

An online article at Garden Ontario points this out:

Remember that roses and raspberries, which have old dead-wood canes, are particularly attractive to termites. Look for insects about one-quarter inch in length, creamy white in colour, fatter than your typical ant, and slow-moving.

To find out more about Aetna Pest Control check out their website: AETNA